Again, a small but enthusiastic group of us met (this time in the Mowbray-Marks’ lounge) to watch ‘The Power of Myth’. I have recently discovered ‘The Companion to the Power of Myth’ exists in written form and have threatened to adopt it for the wild & grace library.

We had some intriguing and stimulated conversation to wrap-up the June evening, accompanied by chocolate thins – kia ora Cecile for bringing those.

Some highlights from the film – The Power of Myth.

“There’s a place in your self of rest. This I know a little bit about from athletics. The athlete who is in championship form has a quiet place in himself. It’s out of that that his action comes. If he’s all in the action field – he’s not performing properly. There’s a centre out of which you act. And Jean my wife a dancer tells me that in dance this is too true. There’s the centre that has to be known and held. There it is quite physically recognized by the person. But unless this centre has been found – you’re torn apart – tension comes. Now, the Buddha’s word is Nirvana. Nirvana is a psychological state of mind. It’s not a place like heaven, it’s not something that’s not here. It is here, in the middle of the turmoil, what is called Samsara – the whirlpool of life conditions. Nirvana is the condition that comes when you are not compelled by desire, or by fear, or by social commitments. When you hold your centre, and act out of there.”

Bill Moyers: Scientists are beginning to talk quite openly about the Gaia principle.
Joseph Campbell: There you are, the whole planet as an organism.
Bill Moyers: Mother Earth. Will new myths come from this image?
Joseph Campbell: Well, something might. You can’t predict what a myth is going to be any more than you can predict what you’re going to dream tonight. Myths and dreams come from the same place. They come from the realizations of some kind that have then to find expression in symbolic form. And the only myth that is going to be worth thinking about in the immediate future is one that is talking about the planet, not the city, not these people, but the planet, and everybody on it. And what it will have to deal with will be exactly what all myths have dealth with – the maturation of the individual, from dependency through adulthood, through maturity, and then to the exit; and then how to relate to this society and how to relate this society to the world of nature and the cosmos. That’s what the myths have all talked about, and what this one’s got to talk about. But the society that it’s got to talk about is the society of the planet. And until that gets going, you don’t have anything.”

“I think it’s important to live life with a knowledge of its mystery, and of your own mystery.”

Campbell: “There is a typical hero sequence of actions which can be detected in stories from all over the world and from the many, many periods of history. It is essentially the one deed done by many, many different people. The hero or heroine is someone who has given his life to something bigger than himself or other than himself…. Losing yourself, giving yourself to another, that’s a trial in itself, is it not? There is a big transformation of consciousness that’s concerned. And what all the myths have to deal with is the transformation of consciousness—that you’re thinking in this way, and you have now to think in that way.” Moyers: “Well, how is the consciousness transformed?” Campbell: “By trials.” Moyers: “The tests that the hero undergoes?” Campbell: “Tests or certain illuminating revelations. Trials and revelations are what it’s all about.”

“The achievement of the hero is one that he is ready for and it’s really a manifestation of his character. It’s amusing the way in which the landscape and conditions of the environment match the readiness of the hero. The adventure that he is ready for is the one that he gets … The adventure evoked a quality of his character that he didn’t know he possessed.”

“We all operate in our society in relation to a system. Now is the system going to eat you up and relieve you of your humanity or are you going to be able to use the system to human purposes? … If the person doesn’t listen to the demands of his own spiritual and heart life and insists on a certain program, you’re going to have a schizophrenic crack-up. The person has put himself off center. He has aligned himself with a programmatic life and it’s not the one the body’s interested in at all. And the world’s full of people who have stopped listening to themselves.”

“Our life evokes our character and you find out more about yourself as you go on.”

“I think it’s important to live life with a knowledge of its mystery, and of your own mystery.”

“All of life is a meditation, most of it unintentional.”

And this to finish: “The way to find out about your happiness is to keep your mind on those moments when you feel most happy, when you really are happy-not excited, not just thrilled, but deeply happy. This requires a little bit of self analysis. What is it that makes you happy? Stay with it, no matter what people tell you. This is what I call “following your bliss.”

Thanks wikipedia for filling in the gaps of my transcriptions. See some of you tomorrow evening. Ka kite apopo. 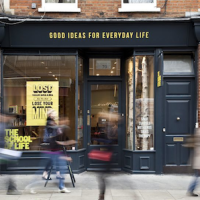