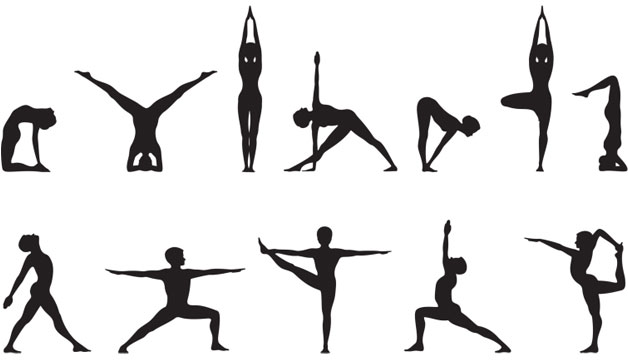 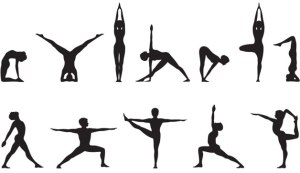 It was nearly dinner time and I decided to interview Curly West over the phone.

I was curious. I’ll try and tell you what about in a blat-of-a-post before midnight.

Curly has been practicing since 1981 (only 1 year before Muff babysat me).
His wife Heide (who has been my email correspondent) suggested to try yoga, at Tauranga Yoga Centre when he was ‘having some problems with his lungs’ and when a renowned new Australian took over the Centre in those early eighties.

Curly started teaching 2 years after those looking for lung aid days, after completing an IYTA course.
He had a steady 2 hour practice daily. Heide reports the house could have burnt down and he would have remained in his practice. He and Iyengar yoga had a bond, an understanding.

I’ll interrupt and say: I loved every moment of our bath/dinner-prep-time conversation, where I kept saying i’d better go, but finding his next point irresistibly thought provoking.

We talked about Iyengar certification, and how he missed out on seeing Iyengar when he toured to New Zealand, whilst him overseas. We talked about his influences, teachers e.g. Stephanie Green .

Very quickly we got onto the subject of discipline. Yoga is life. Your life is Yoga. I’ve heard this said before for meditation. I’ve claimed writing is mine. Other teachers have suggested parenting could be.

We talked about whether he considered himself an Iyengar teacher (even though when he missed meeting Iyengar, he didn’t further the beginnings of his Iyengar certification). He said, “I didn’t mind missing out ‘greater’ ertification, because I actually found Iyengar was too much about rules. I went to one workshop, where they got out the book to check what Iyengar said. I like to be more instinctual than that. I teach Curly West Yoga”.

He said, I sometimes get to relieve other teacher’s classes at the Centre. I’m amazed at all the distractions. People coming in as the class is beginning, sipping on water, carrying their phones. They get a bit of a shock, because i say this is not yoga. You leave these things behind when you come to your yoga mat. You come prepared. You arrive 5 minutes before the class is due to start. This is Yoga.It’s not about the poses. The poses are simply a way of developing the mind. Introducing the mind to yet another challenge.”

I asked him, “What do we benefit from being disciplined?”

Perhaps focus, discipline, the ability to say no to someone, whilst saying yes to the self (or vice versa) means we can overcome struggles, we can move through uncomfortable feelings, suffering, because focus requires patience and the ability to be still and yet also resilient, and with the knowing that all is movement.

I also cringed cos I’m that gal who comes in late to class, the one people (especially the teacher) look at.

I said, do i stay home Curly, when i try to rush out the door, leaving the calling kids, do i get in the car drive to class hoping for solid greens, only to arrive “after the bell” and then do i simply sit in my car, cos I’m late.

He says, “You start earlier next time.”

This practice of learning time is your yoga.

We have a bit of a yoga-off, when I confess Ashtanga is my yoga-fave. I explain that I started with Iyengar with Peter and Jude from Auckland Yoga Academy but moved into Ashtanga. I wanted more power. I wanted more flow. And I assume this is how Vinyasa/flow yoga unfurled. But he retorted. Iyengar can have pace, power. He said he tried Ashtanga and got bored with the sequence. Iyengar allowed him to be more playful, change his practice as it suited him.

One of us offered, Iyengar is more difficult. It requires more ‘focus’, more discipline. There are not all those jump backs and press ups to ‘turn the brain on or off’ again. Instead, where do ‘we’ go when we are sustaining that position in Iyengar?  Can we meet it? Can we go through it? Will we?

I told Curly how much I enjoyed speaking with him. He suggested I look at the philosophy of yoga. The 8 limbs and to direct my attention to the first two. The Yamas and Niyamas (the restraints and observances). It was the first I’d heard of these brother sister terms. Maybe we don’t hear of this at the level I’ve practiced yoga because it starts to sound like a prescriptive way to be, aka religious.

So interesting the intersection of dogma, discipline, possibility and freedom.

It was topical to talk with Curly who has been practicing for 40 years, as I’d been in contact with another Senior Yoga Teacher this week too.

I reflected that speaking with Curly felt light, easy, playful but also like he was calling me on something, he could hear the potential for something new in me, i sensed he gave that presence, the sense of possibility fused with discipline and courage to all his students. He didn’t seem interested in being comfortable or accommodating, and at the same time there was a loving kindness in his suggestions, his reflections, his teachings.

This was in stark contrast to this other character I’d been communicating with, who appeared focused on the rules, the dogma, the purity, the preservation. Joker number two seemed to suggest if we’re not going to do it properly we shouldn’t do it at all. I wonder how much helpfullness is in this concept? Or harm?

I was surveyed recently for someone doing a start-up business course. She asked me if “having more time to achieve what I needed to achieve in my life and business would be helpful and less stressful.” I felt like I was s’posed to reply – yes.
The truth for me is ‘no’. The fact I’m a non-sitting down Mum, is P E R F E C T for productivity for creativity. It squashes any perfectionistic qualities. It burns any desire to procrastinate. It drowns (most) self-doubt or at least muffles it. I make mistakes. I could make more reasonable choices. I could have a more organised office, desktop, pantry and fridge B U T i may not make festivals, write blog posts…

I guess I’m more resolved on learning whilst doing. Rather than attempting to get to a level (physical/psychological/spiritual/intellectual) before ‘producing’. There will be much I miss in this haste. What it would be, I may learn, or may not.

I’ll wrap up by posing this:
My teachers Peter and Jude (and I could be imagining this) decided to be the leaders in our yoga practice, rather than watch on as we tried to lead ‘time’/’discipline’. I wonder what their motivation was. Was it compassion? Or was it money? More people accepted into class allowed them to run a sustainable, flexible or successful even, business. They timetabled the class to start at 5.30pm. ‘Early people’ came before then, ‘late people’ came at 5.30pm and got to their mat, even extra late people were forgiven to a point and definitely not questioned as Peter closed doors etc and started to teach at 5.35pm. There was even a further grace until 5.40pm, then no late admittance. No drama, a quiet simple, ‘sorry come back tomorrow’. These were his rules. He was consistent.

Who is kinder? The teacher who says. You come at 5.25pm, but I’m going to write the class starts 5.30pm on the paper timetable. Or the teacher who writes, The class starts at 5.30pm, and watches reality sees human fallibility, even the entrapment with wanting to fail, to be ‘bad’, and adjusts for it. He tricks that self-critic, doesn’t give it the stage and instead starts teaching the class 10 minutes later.|

Is Peter doing the yoga for me?
Is he meeting me somewhere on the trail?
Is he acknowledging the spectrum of personality and the fullness of life, or does he have ulterior motivations?
Is this being in the face of the shadow? Dancing with the yin and the yang?
Is he robbing me of meeting something in myself, stiffling a chance for transformation?

And what of those ‘early’ students who now have 10 minutes less YOGA time. What’s their experience? Tell me early person. How do you feel? Do you just L O V E being early? Or do you do it to be right? So, when someone is late, do you feel almighty, discontented, affected?

Interesting, I’d love to meet someone who has a PHD in the management or relation of time. Just as the world is biased towards the extrovert so too it advantages the on time specimens.

Raving now. Sleeping now. 1231 – I lost another battle with time tonight. I said yes to the flow of these words. No to the invitation of sleep. And what does all that mean? I have no boundaries, and don’t accept those of others? Is this a negative thing? I’d start a gentle revolution. I’d be wrong. I’d do. I’d make. I’d fall. I’d fly. 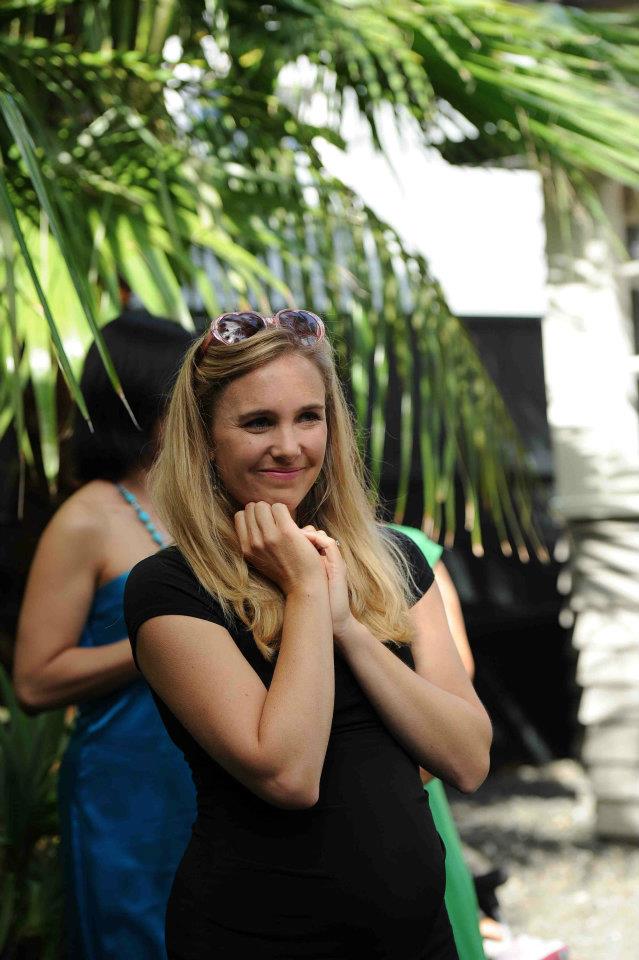 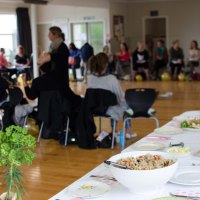 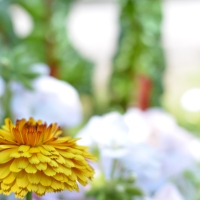 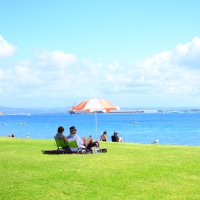 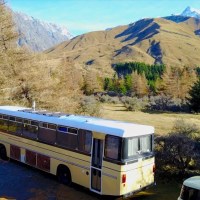 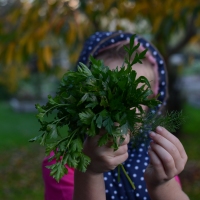 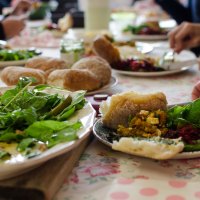 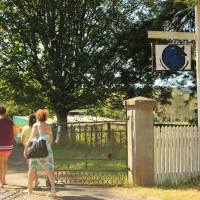